I was asked by public.digital to talk about my work. The following document lays out the (transient) state of my opinions on some of the things that I care about like Agile and Lean Product development. 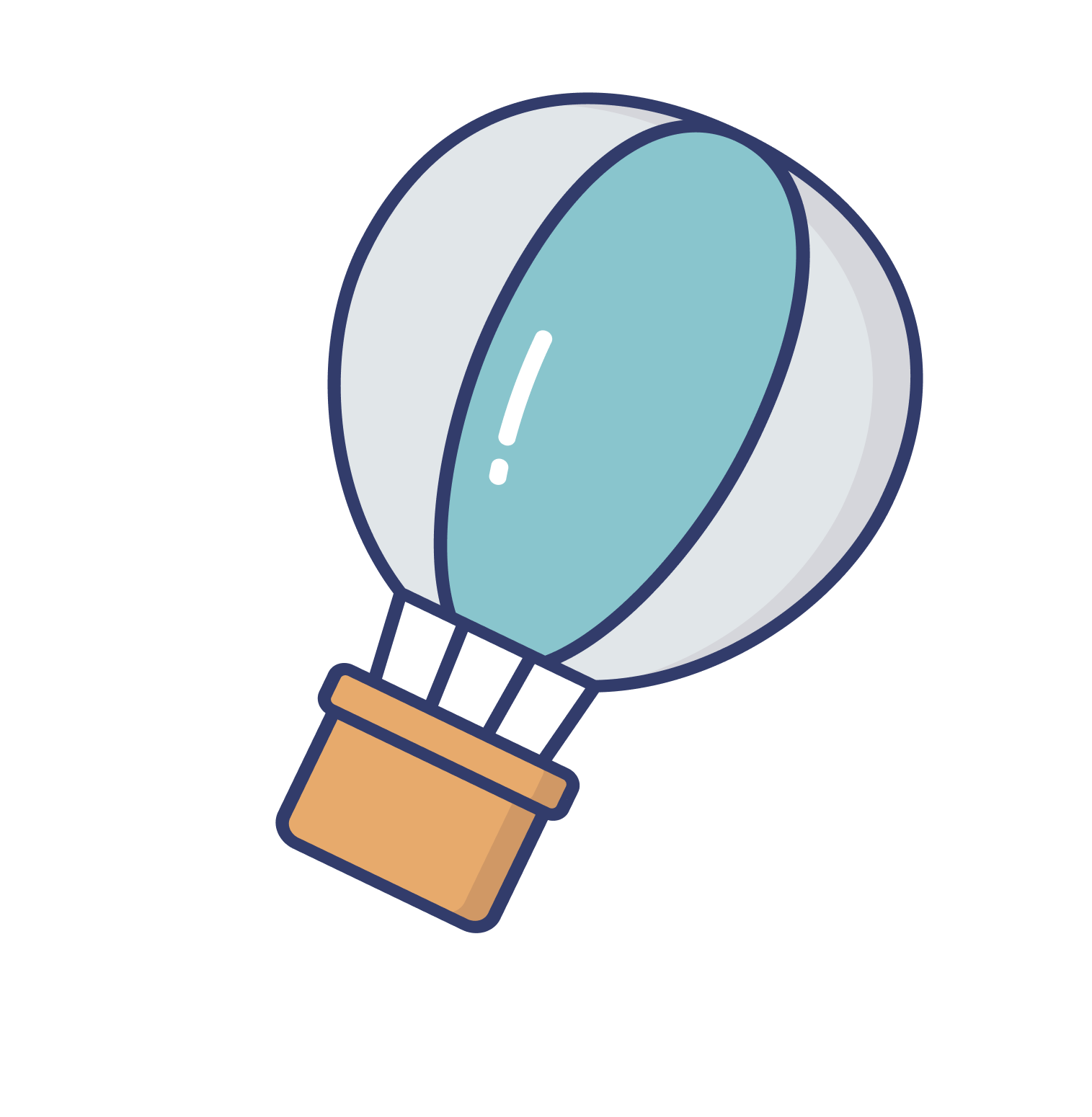 The Blue Team launched a new feature for the CRM (Customer Relationship Management) software used by ~5k people at the DIT.

This feature let our users cc an email bot in calendar invites for meetings. The bot would parse the calendar invite, automatically create an interaction record for it in the CRM and send a link to the relevant people.

The project came about from a discovery that pointed out that our users wanted more SalesForce-like features in the CRM - for example, better email integration. 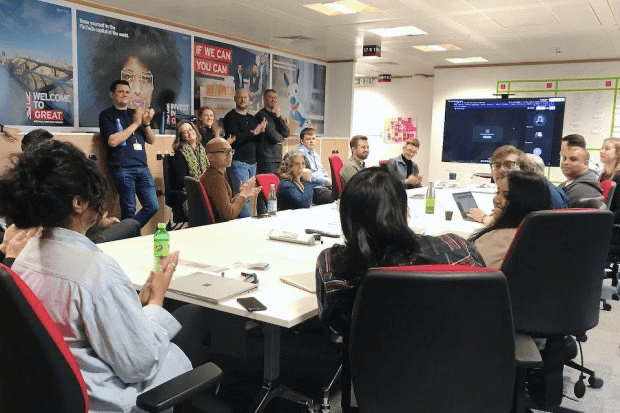 Yes, there was clapping & congratulatory emails but this picture is from the internet

Over the course of the next few months, we discovered that our thing was used by exactly 5 users.

I joined the Blue Team at DIT in June 2019. Before that, I had worked 15 years at startups. Many of which also did an excellent job at building something that no one needed. Some of them didn’t live to tell the tale. 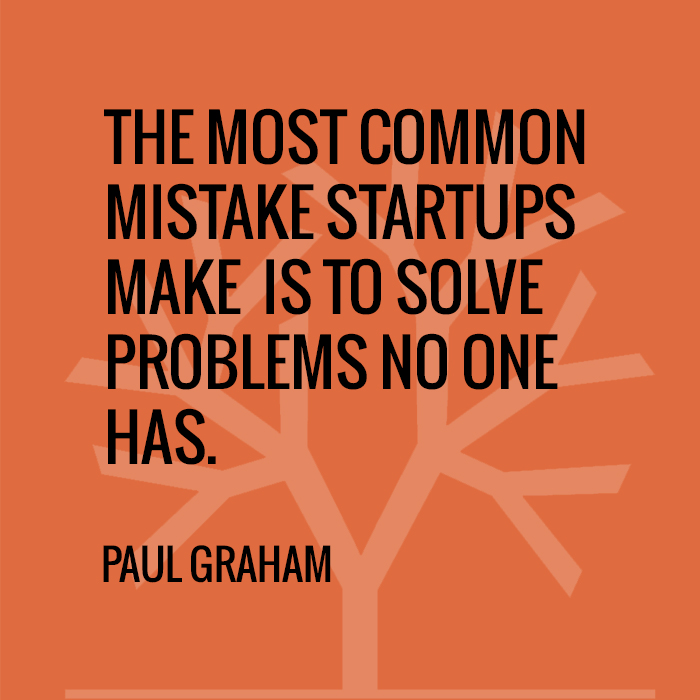 In the aftermath of the email bot project, I discovered 2 things -

Over the course of the next few months, we rolled-out several work-packages to integrate D&B with our CRM -

In each of these work-packages, we progressively developed a way of working that mitigated the risk of not building things that users need.

By the time we reached the last bit, we had consensus on certain guiding principles -

Every project needs a north star so that the team can correct course periodically. A metric that objectively proxies intended outcomes is a good north star. 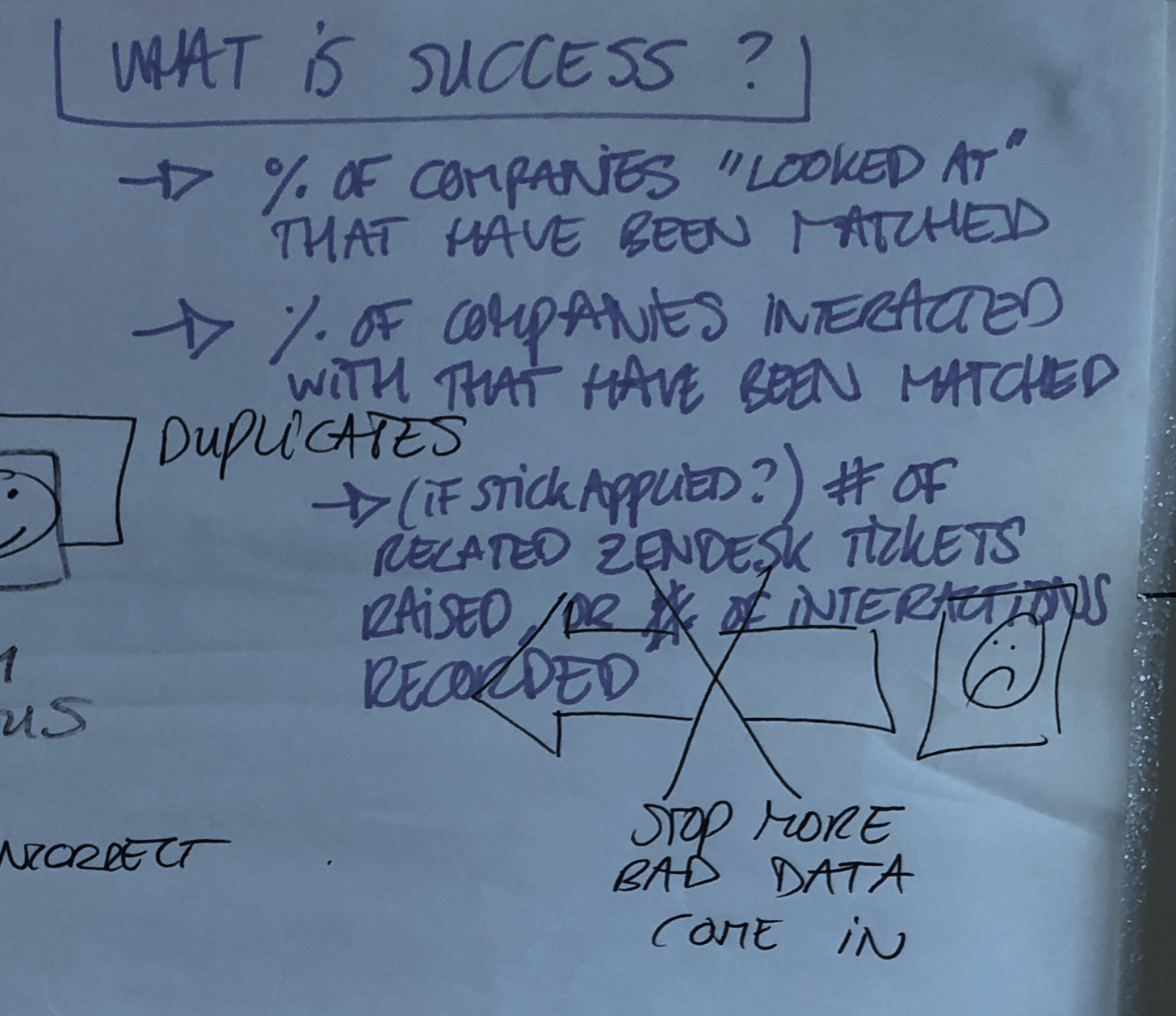 We called it the needle - as in - ‘we want to move the needle for our users’.

Knowing what success looks like, encoding it in a metric, and putting the metric on a dashboard is nice for any project. But, if you want to build things that users need, it is critical.

For each iteration of our project, we put down a list of hypotheses that might move the needle. 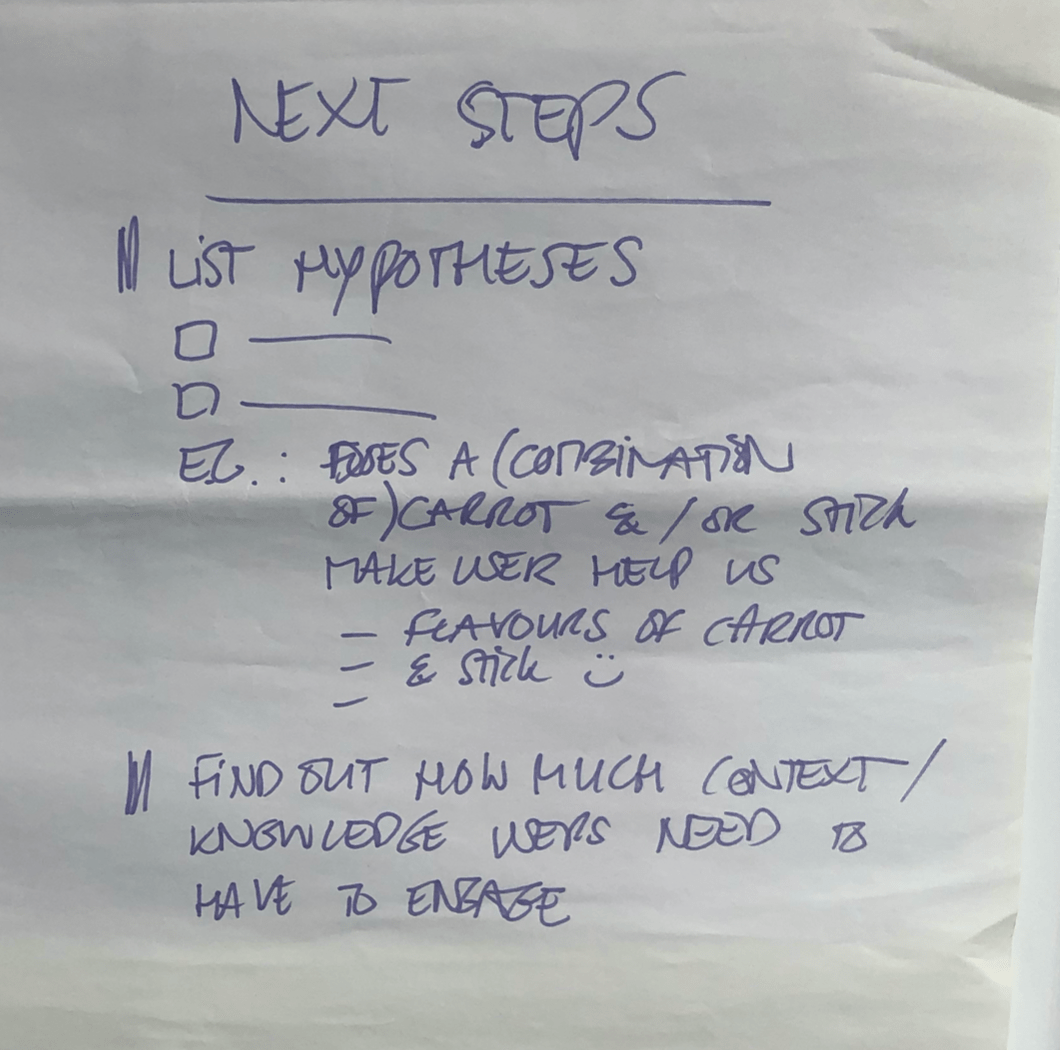 For example - for the final work-package i.e. getting our users to match company records to D&B, we listed the following -

We were open to all ideas 😅 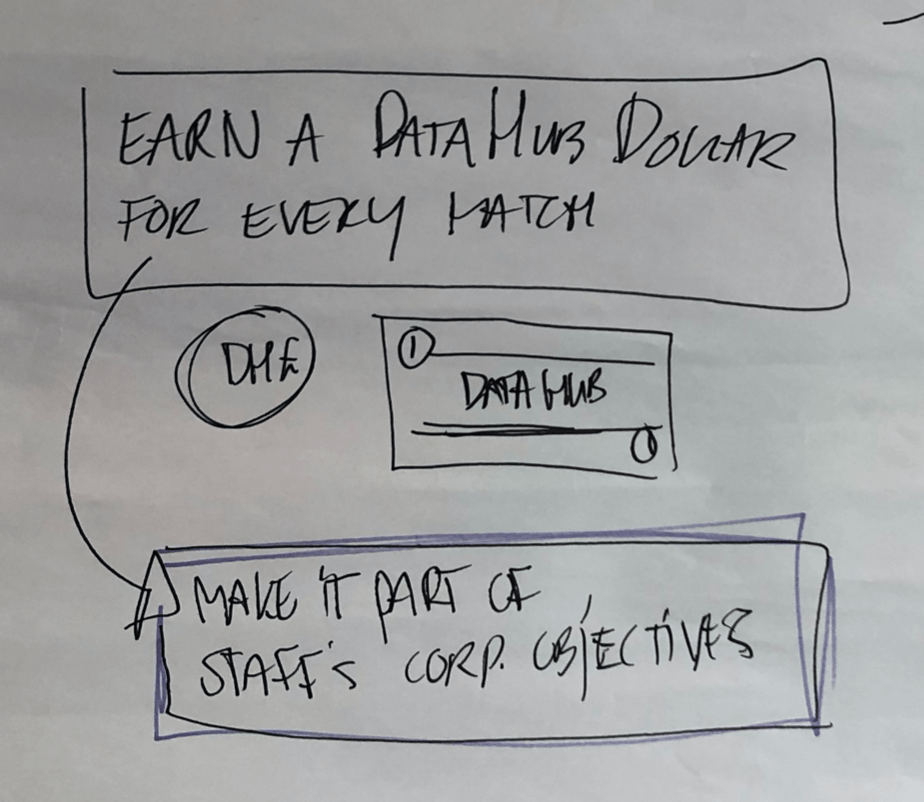 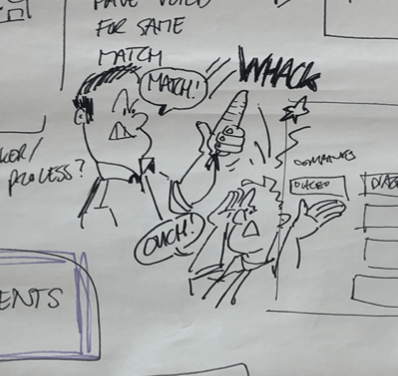 The vocabulary for this is important. Hypothesis underlines the fact that we have finite confidence in the success of any of these propositions.

Armed with a list of hypotheses, the team would come up with cheap experiments to validate them.

Again, vocabulary is important. Experiment underlines the fact that the outcome is learning. Learning about the product, about the market, about our users. 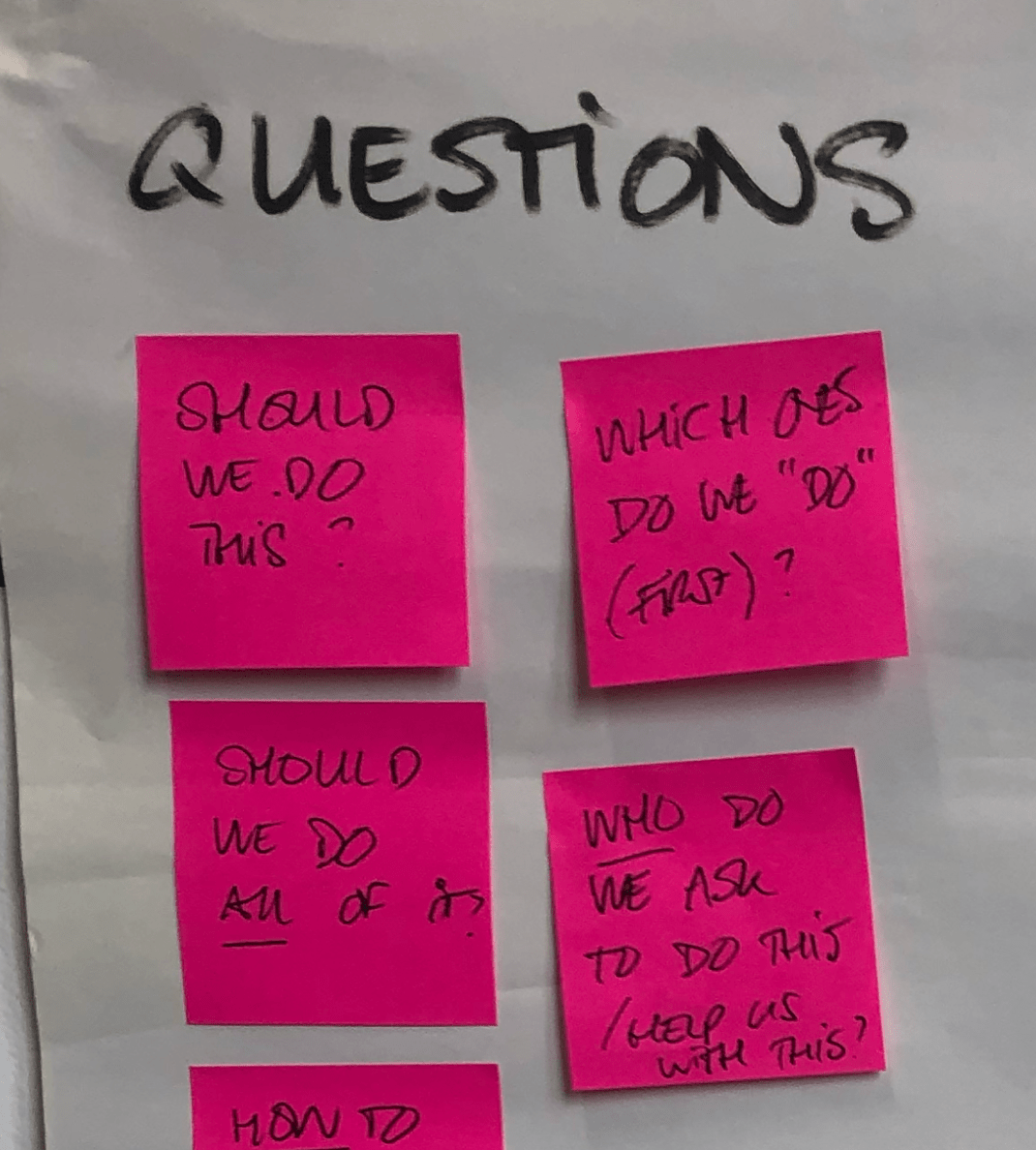 A side-note - The hypotheses-experiment thing has an interesting side-effect. Learning about the product, and about users is no longer an exclusive function of product managers and user researchers respectively. I feel it is important for x-functioning teams to not degenerate into What & How functions in order to avoid problems like the following - 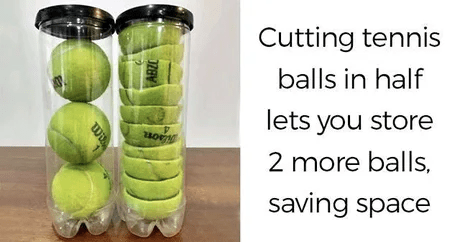 The experiments were a lot of fun and it was where a lot of the magic happened. More on this later. 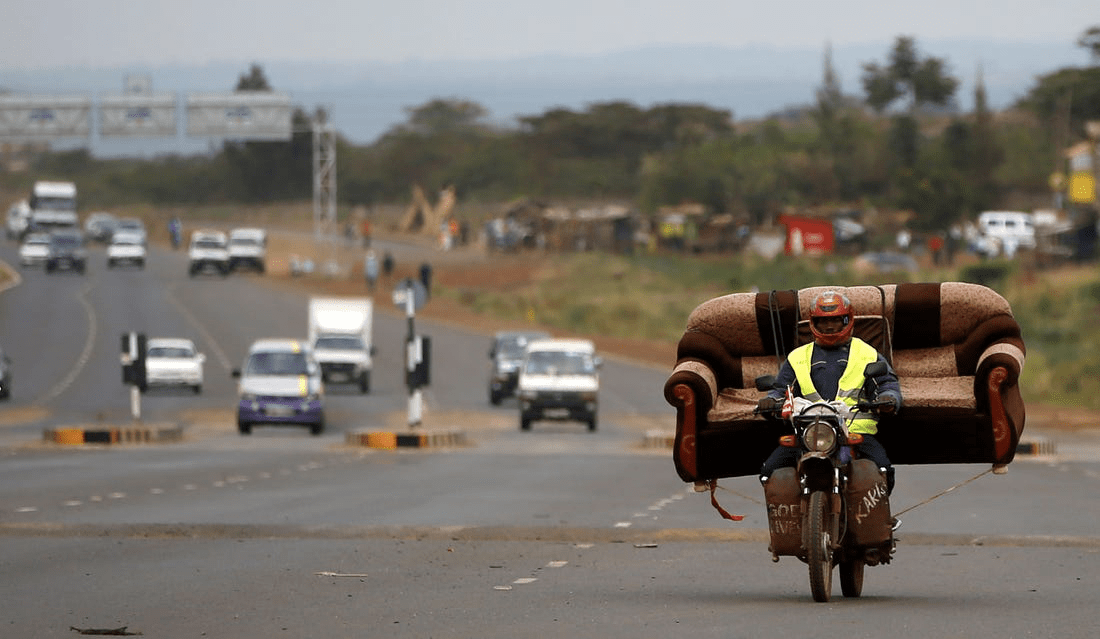 At the end of each iteration, we would gather around the needle and ask ourselves a single question -

What did we learn?

If a hypothesis was validated by our experiments, we would continue down that path.

If a hypothesis didn’t hold up to experimentation, we would try something else.

Try something else meant coming up with a new list of hypotheses; Naturally - informed by what we have already learned. Try-something-else is also called a pivot.

Also known as - build-measure-learn loop. Except - you don’t do it in that order the first time 😊 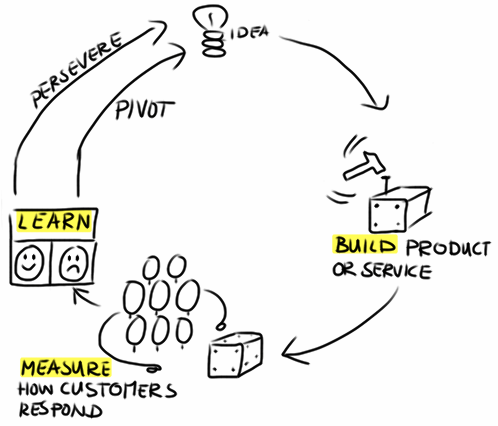 Getting our users to match comapny records to D&B

Surely, the only way to test our hypothesis was to build the matching system? The problem with this was that matching company records to D&B had 100s of corner cases. For example -

Building software that just worked ™️ for all (or even most) of these corner cases would take too long. It would not be cheap. It would also not be an experiment.

In one of our sessions, the team came up with a clever hack that would allow us to test the hypothesis without spending 6 months not building things that users need.

Here is how it worked -

We had already built the following for our new add-a-company journey. We repurposed it for the matching - 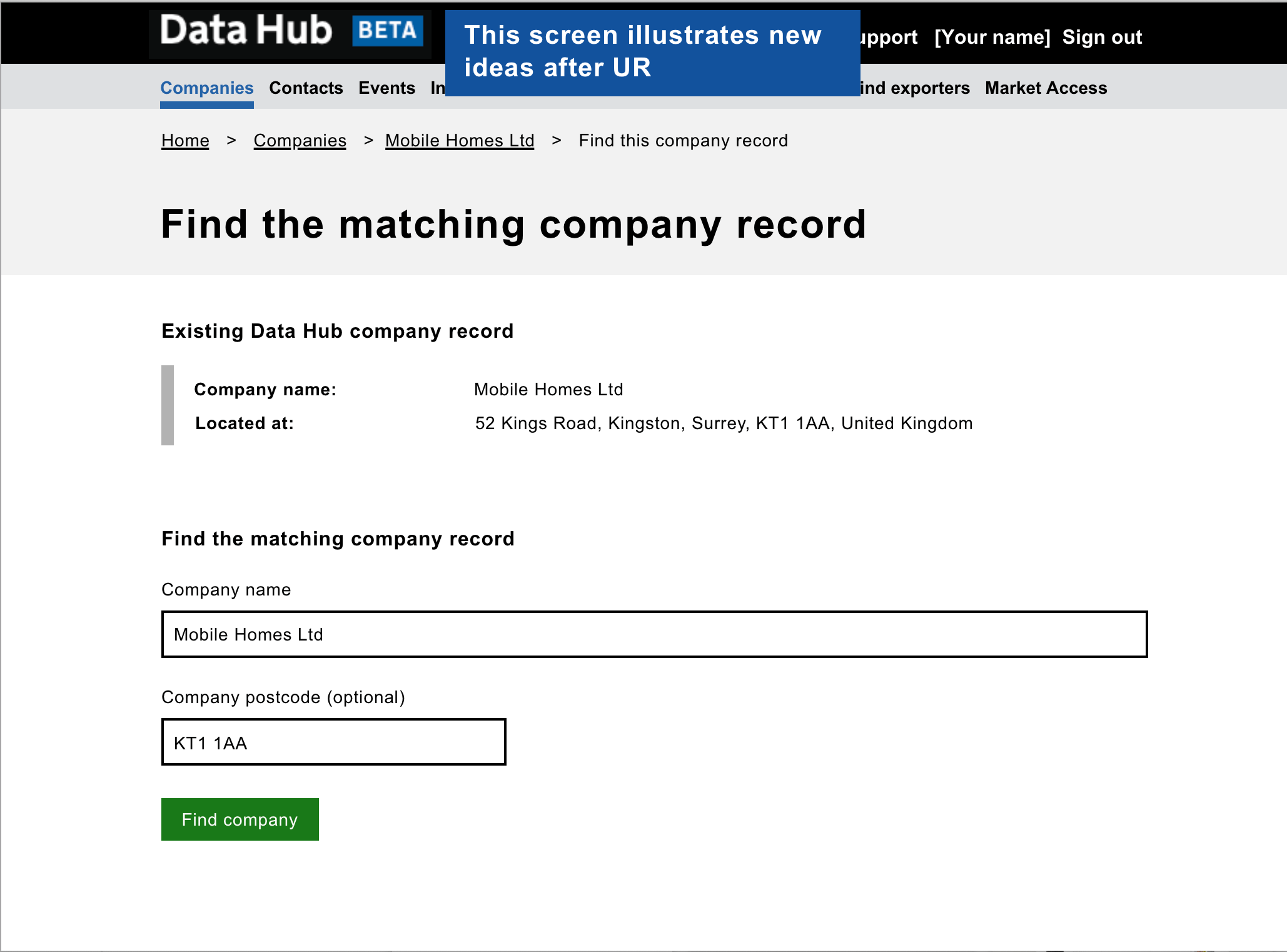 As soon as a user found a match for a company, a small function was triggered in our Frontend code. This function sent an email to ZenDesk, creating a ticket that said - 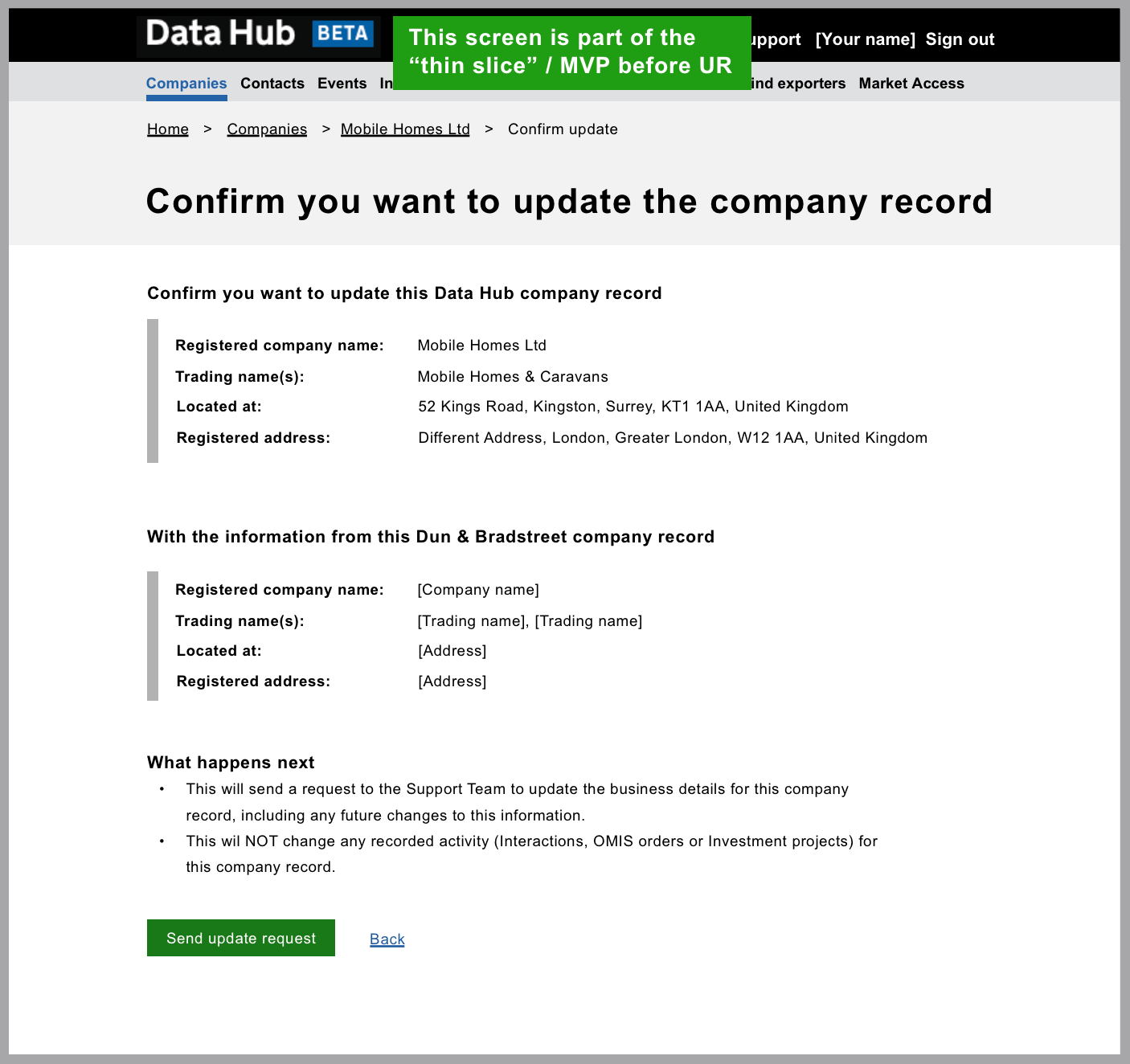 That’s it. No companies were actually matched. No records updated. Not yet.

At the end of the workday, our product manager would go through the list of tickets, double-check if they made sense, and completed the matching process manually. He also took note of any corner cases and discussed them with the team.

From our users’ perspective, it looked and felt like we had built the matching thing in a couple of weeks. In fact, we built this - 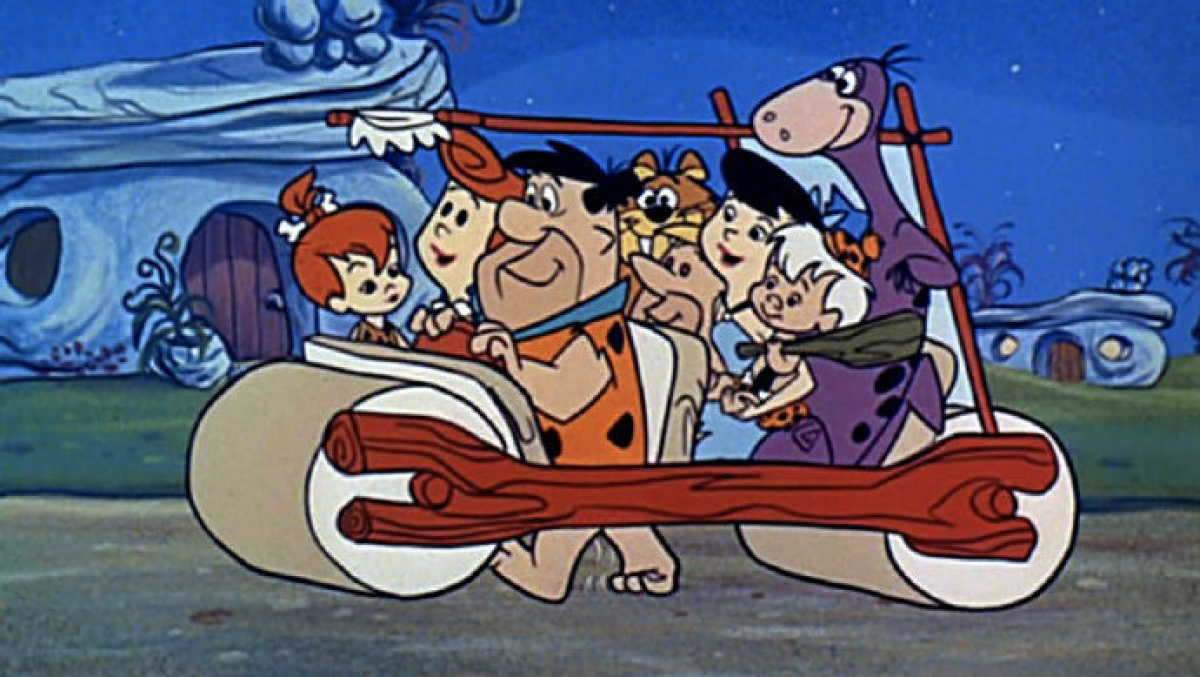 Unlike a proper car -

The last point is super-important. You can generally bet on good x-functioning teams to eventually find the product-market fit. But often, this doesn’t happen on the first try.

If your project plan is set up to release exactly one perfect version of whatever it is you are building, it’s like buying a lottery ticket.

Nothing I have described in this document is novel or ground breaking.

In fact, I have been dancing around terms like MVP (Minimum Viable Product) because I realize that they been overloaded to an extent that it doesn’t mean anything anymore. This is most unfortunate but a topic for another discussion (or a rant) at another time. 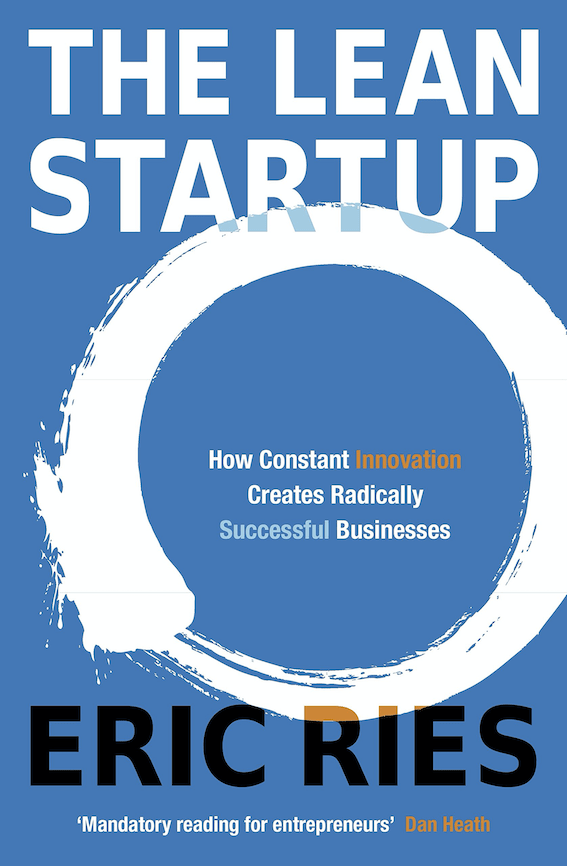 The Lean Startup introduced us to - minimum viable products, build-measure-learn, and pivots and laid out a reproducible method to build products that users need. 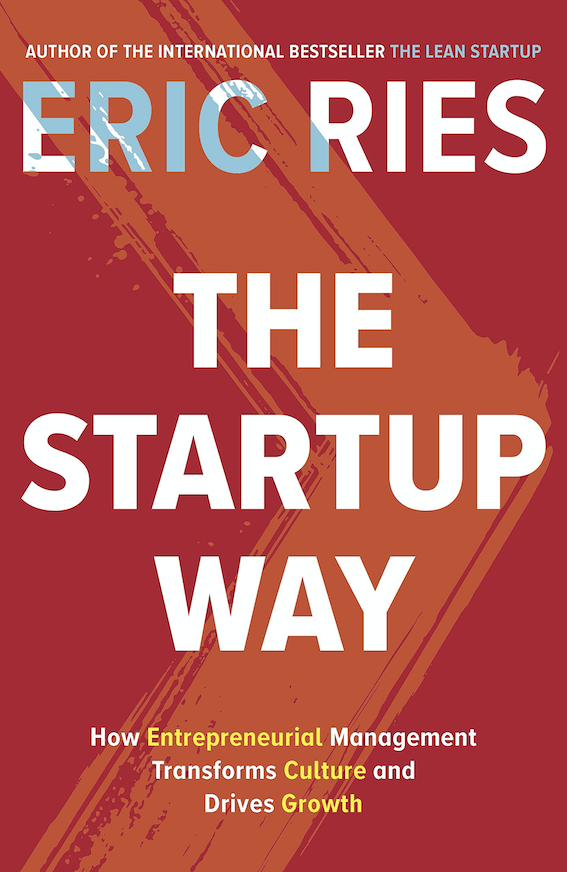 The Startup Way translated these principles to established enterprises and introduced embedded startups.

The Flintstones car became a thing at DIT. We did versions of it in several other projects. Other teams did the same.

I am Ali and I have built dozens of products in this way at some exciting (& successful) startups in the UK and elsewhere.

Some of these products are still in production and used by millions of people. I am doing it again with dripl.co.uk and I am building it in public.

I generally do not care for job titles but when pushed, I like to say that I am a Product Engineer. A product engineer is someone who -

I joined public.digital in August last year. I believe that there is a better, reproducible, scientific way of building things that users need. It is about time the public sector catches up to this. 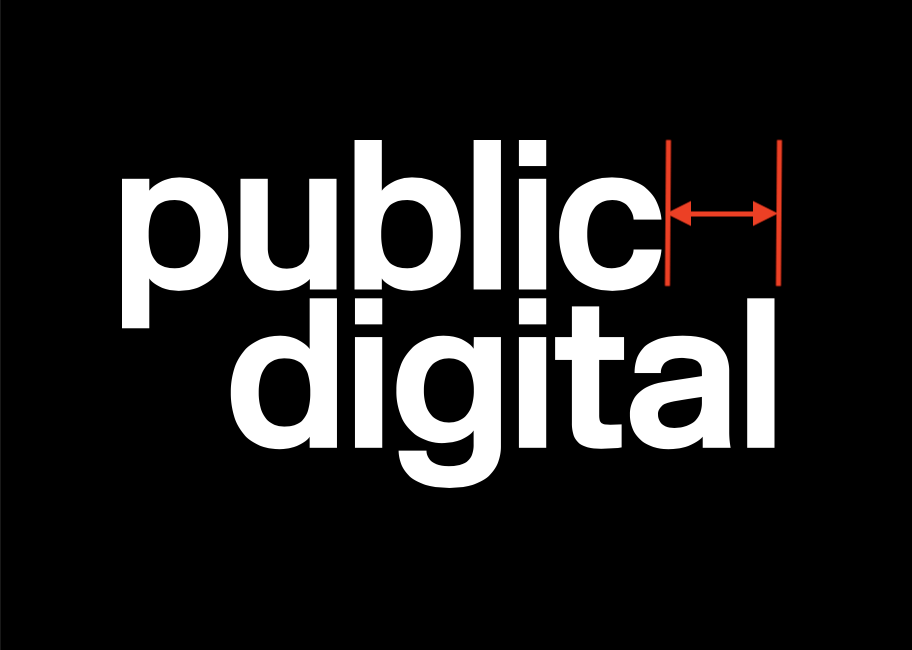